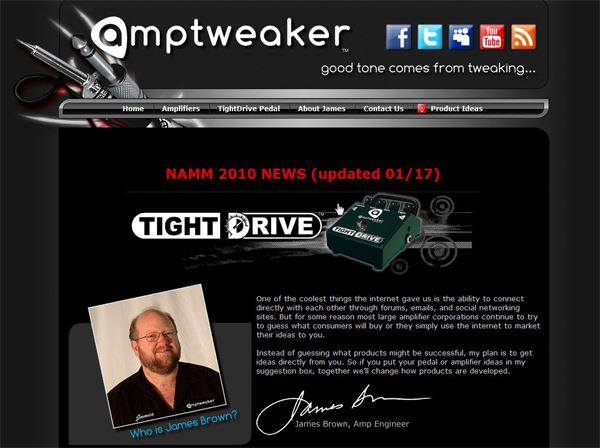 James Brown an amp design-engineer and since 1986 he has been designing guitar amps. His  specialty is tweaking. he has been good at coming up with ideas, but his main contribution in every case was really fine-tuning the sound–especially how the amp or pedal distorts.

As a kid in Mississippi, James played amps and wondered why they didn’t sound like the record. He read that players cranked their amps, but he thought it would be better if the amp could do that at lower volumes. He decided to go to college to learn electronics, so he could design better guitar amps. After working for powerhouses of the amplifier world, James Brown started Amptweaker. Many musicians are getting better tone from James Brown's tweaking at Amptweaker.