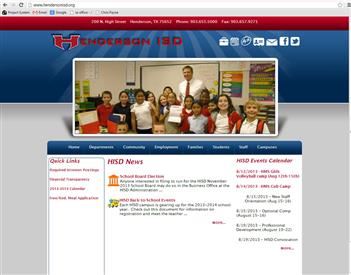 By 1952, Henderson ISD included the following other area school districts: Bethel, Crim’s Chapel, Ebenezer, Grandview, Hickey, Motley, New Hope, Oakland, Pinehill, and Roquemore were the first communities merged into Henderson ISD. The district constructed a new Henderson High School building in 1953 due to the increased demand for a school building due to the new students coming from the consolidations.